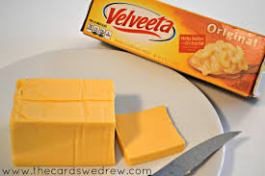 “The Miracle of  the Velveeta” attributed to new

(Rueters) – Pope Francis proclaimed two of his predecessors, Popes John XXIII and John Paul II, as saints of the Roman Catholic Church on Sunday at a ceremony in Saint Peter’s Square attended by hundreds of thousands of faithful from around the world.  Francis read the formal proclamation at a canonization Mass which was also attended by emeritus Pope Benedict, who resigned last year.

The colorful event was a celebration of the untraditional — the first time in the 2,000-year history of the Church in which two popes were canonized while, in another break from tradition, Church officials revealed the miracles which propelled the late Italian and Polish pontiffs to their revered status.  Under Church law, sainthood can be achieved only after irrefutable evidence of two miracles are attributed to the “beatified,” the step before canonization.

While most miracles attributable to new saints are not publicly revealed or discussed officially by the Church for several years after canonization, surprisingly Francis permitted his official spokesman, Fabio Briganti, to disclose the miracles which Church investigators determined could only be due to divine intervention:

“THE MIRACLE OF THE VELVEETA”

This popular one-time pasteurized imitation cheese spread received an official Church “imprimatur” and was declared “real cheese” after extensive testing in the Vatican’s cafeteria beginning in 2006, the year after John Paul II’s death.  “There had been rumors, of course, that something special was happening with Velveeta,” according to Briganti.  “But who would have thought something as extraordinary as this transformation would have occurred.  I can think of only one other time in history in which anything similar to this happened.  We all remember when water was changed into wine,” Briganti said.  “Is the change in Velveeta any less divine?”

Velveeta plant manager Bubba Nibley, speaking from the company’s main manufacturing facility in Fromage-de-la-Vache Parish, Louisiana, told Rueters, “It’s a G-D miracle, if you ask me.  You wouldn’t believe the sh– we put in there.  And to have it officially called cheese?  It has to be the Lord’s work, cause it sure as hell don’t have anything to do with my crew.”

“THE MIRACLE OF THE BIEBER”

to thank for his otherwise inexplicable popularity,

according to Church official. (Credit: Rueters)

From time to time, throughout popular history, Briganti explained, “something happens that’s totally inexplicable.  The rise of Justin Bieber qualifies for this period of time.  There’s no explanation for his popularity.  He’s a moron, has no talent, and thinks the world of himself.  He said he hoped Anne Frank, of all people, would have been a ‘belieber.’  Need I say more?

“It has to be a miracle, according to our investigators.  After intensive research on several continents, they could find no other plausible explanation for his celebrity,” Briganti told Rueters.  “But the reason why will likely remain a great unknown.”

Briganti noted Bieber’s Canadian citizenship and the continuing trend he appeared to represent.  “Consider other Canadian so-called talent that has gone on to annoy the rest of us,” he said.  “Martin Short, Norm MacDonald, Shania Twain, Alex Trebek.  Could they have gotten anywhere on their own?  It is the Church’s view that someone  must be watching over them.”